The Mad Scientist Brett Terpstra is at it again, this time with a nifty script for "Scatterbrains" that captures what you are doing, and provides an easy way to find out what it was once you get off track and need to mentally re-orient yourself when coming back to a project – super handy in my opinion. Check out his project page for doing.

He's a LaunchBar user and suggested that someone could whip up an Alfred Workflow, so I did. This is a straight port of his LaunchBar script that allows either the simple adding of a new item or asking what are the recent items. Much more is available via the CLI, and could be added later, but let's start with this.

How to make sure Alfred's query window is dismissed after running doing ?

After you run doing ?, you may notice Alfred's window is still hanging around, to fix that change this: 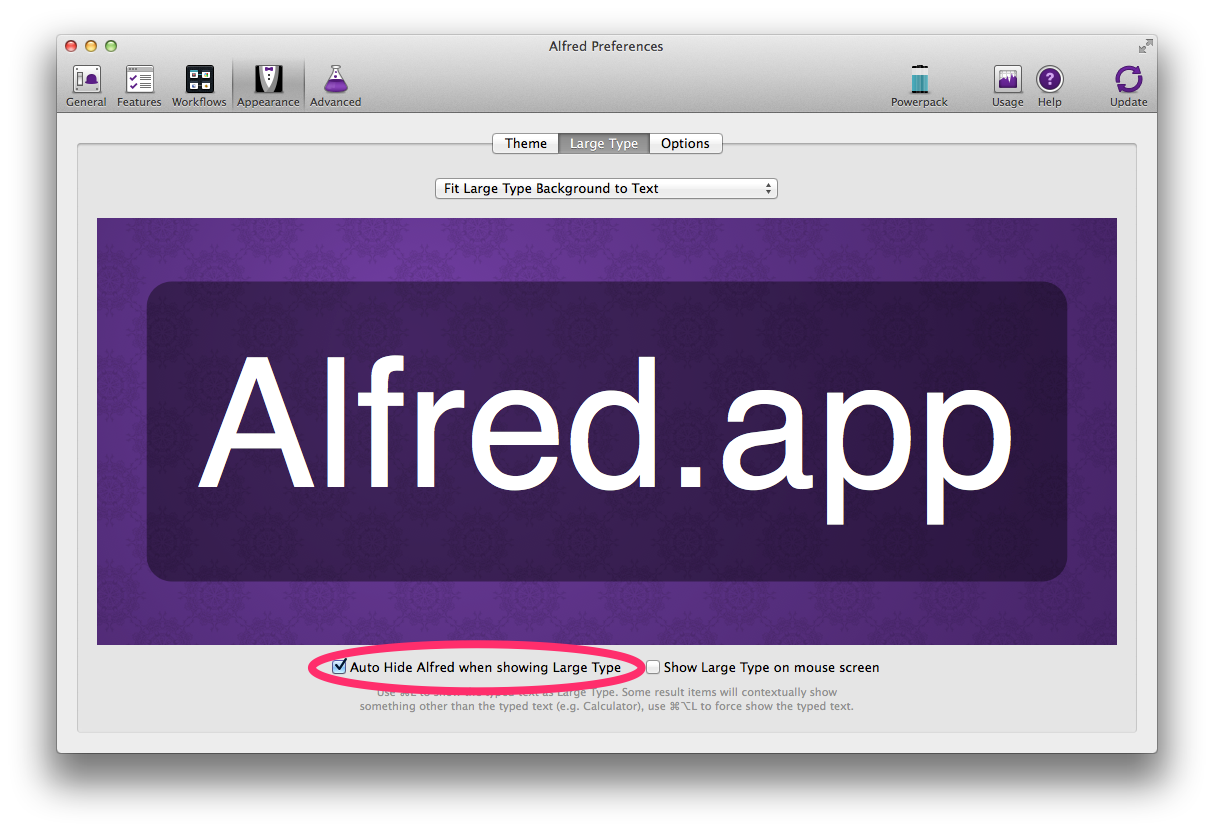 Hat tip to Sam Kimbrel for that, along with the way to get Alfred's Large Type to be scriptable.

I welcome any feedback and would love to help anybody with issues they might have. I've got this as a repo on GitHub for anybody interested and welcome anybody to create a new issue or feel free to comment below or even reach out to me on Twitter: @EvanLovely. Hope this helps someone out there!