One of the biggest website projects I was ever on was one I was the Lead Front End Developer and Developer Manager while at freeStyle Media when we developed, Stand Against Poverty, for the United Nations Millennium Development Goals Campaign, which hosts the world wide event. The website hosted nearly 4,000 events which were created on the site from users that signed up all over the world. The web site allowed them to download materials, announce there event, and report the total numbers of participants that attended. Afterwards, we created the biggest Microsoft Excel sheet you’ve ever seen of event titles, locations, emails, and participants of all the events all over the world to hand off to the Millennium Development Goals counting team, who verified the events and the number of participants. This was submitted to the Guinness Book of World Records which gave them the record for the “Largest Stand Up in One Week” for the 173,045,325 participants that our website counted. The numbers were announced here.

The Drupal site had 26,359 nodes, or pieces of content, 3,664 users, visitors from 199 countries, and 298,922 pageviews this month. In addition, the site allowed uploaded videos attached to the users event get sent to their YouTube channel and photos to there Flickr photostream, which created an enormous amount of user generated content uploaded to these social media services. Easily our biggest and most successful project. 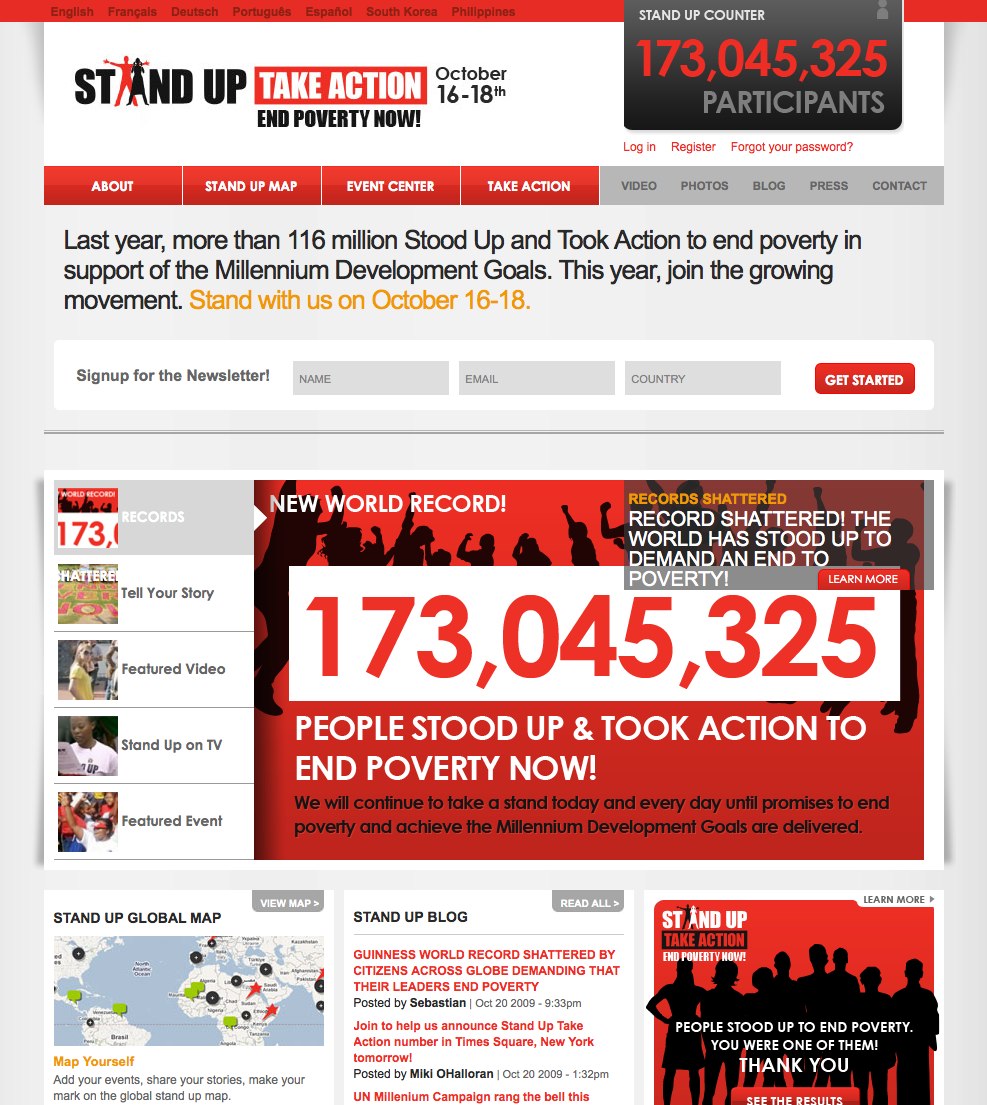 The Home Page with World Record 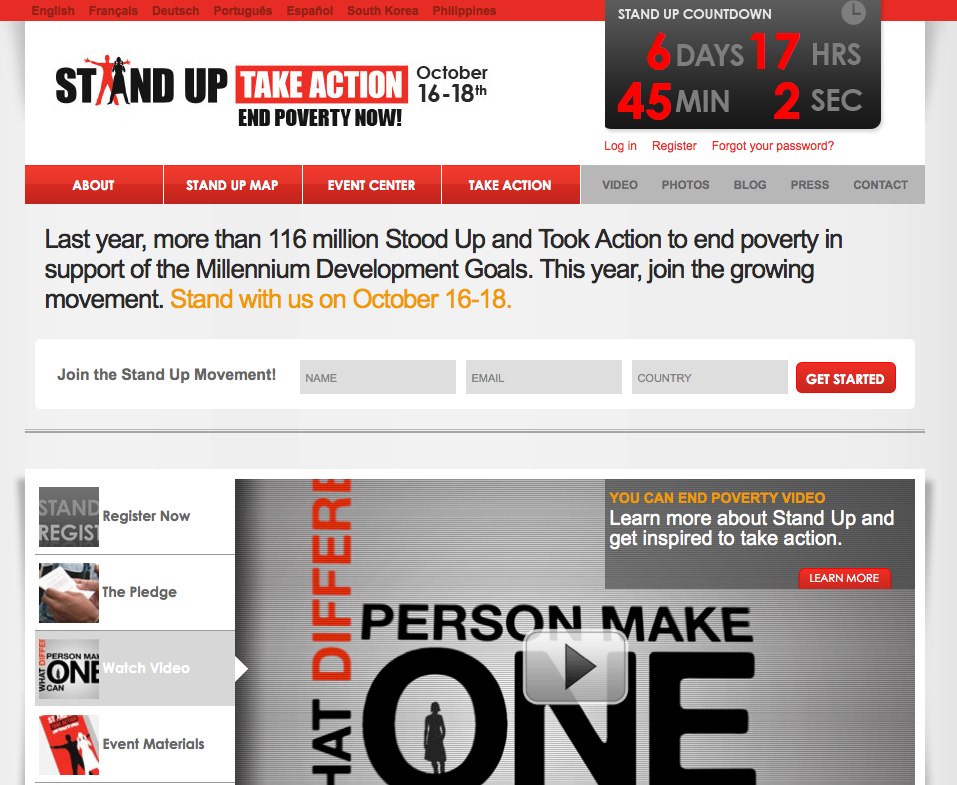 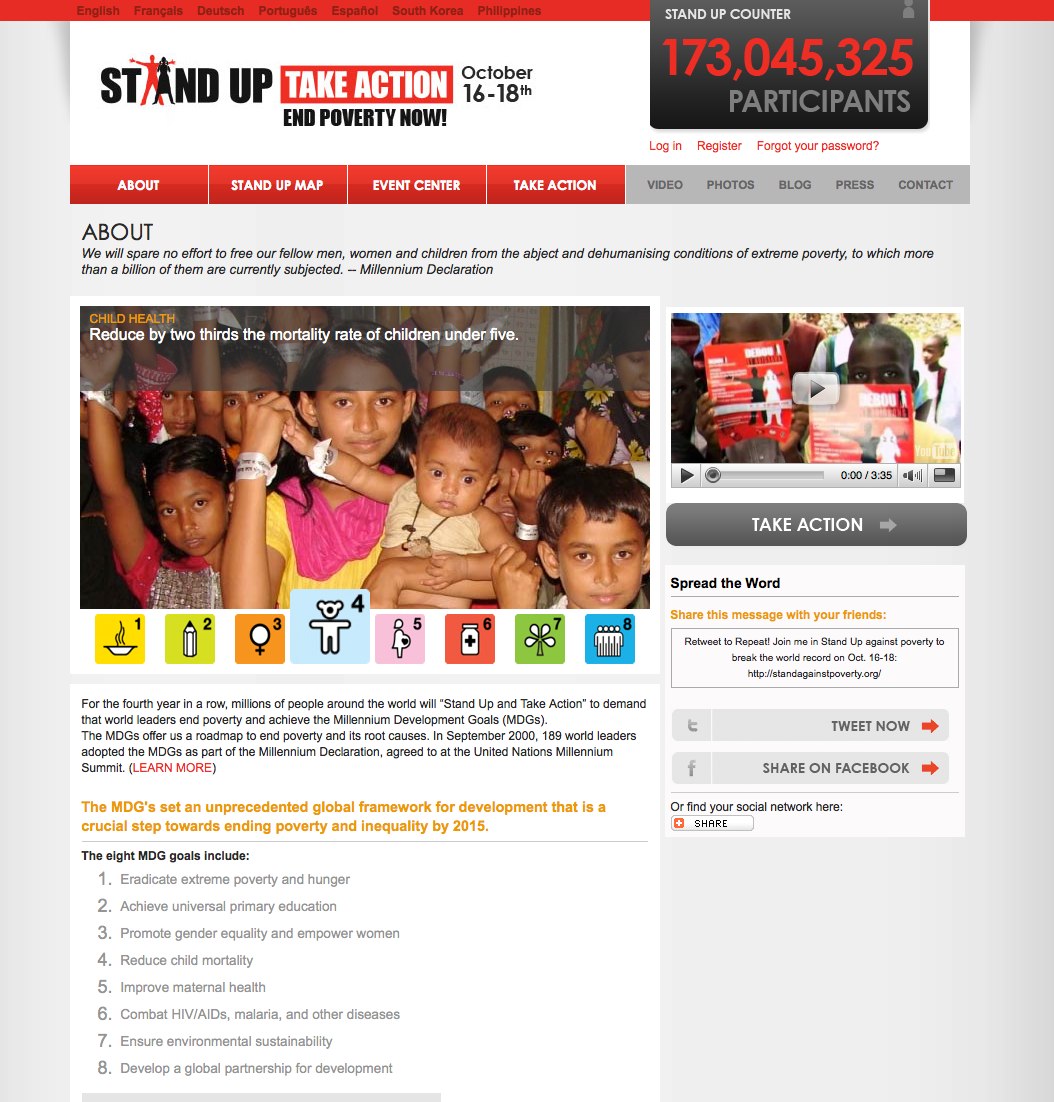 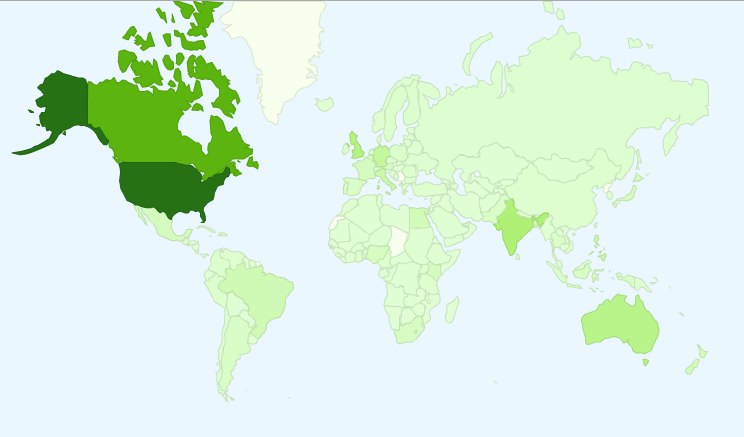